400 YEARS OF STEELWORKING IN THE MEŽIŠKA VALLEY

Ravne na Koroškem, January 29, 2020 - 400 years ago, in 1620, Melhior Puc, an ironsmith and miner from the Labot Valley, brought a concession for two melting furnaces to Črna na Koroškem and set up the first ironworks at Mušenik. This important act in the Mežiška Valley meant the beginnings of one of today’s most important economic activities in the Republic of Slovenia, steel industry. The milestone in the steel heritage will be honored this year with many activities throughout the year in the municipalities of Ravne na Koroškem, Prevalje, Mežica and Črna na Koroškem, under the auspices of SIJ Group, SIJ Metal Ravne.

»Ravne developed in the past thanks to steel, and in the present it is developing alongside steelworks. Steel is the everlasting 'anchor' that cannot be destroyed, mainly because of the knowledge that has been generated here in the past and now. The town is based on a steel tradition that allowed for growth and prosperity, which is why today, among the people, steel is still associated with the phrase 'mother factory'. The company and the local community provided basic assets for the operation of many societies, and members invested their free time, thus contributing their share to the public good of the urban environment. Steelworking has placed the municipality of Ravne on the map of quality products, technological advancement and general development of the area, and has also enabled the development of various leisure activities, culture and sports. Steel is thus not only part of our heritage, it is part of our present and as I believe part of a bright future as well« said dr. Tomaž Rožen, Mayor of Ravne na Koroškem.

SIJ Group - Slovenian Steel Group is proud to be part of the industry with such a long history and tradition, which has been passed down from generation to generation: »As the largest steel group in Slovenia, we are part of a never-ending process of industry development and setting up new business and historical milestones. We successfully upgrade the knowledge and experience of our colleagues by investing in the modernization and development of our companies, and by pushing innovation beyond the limits of what has been discovered, which brings us the highest innovation awards in Slovenia every year. At the same time, we are aware that the generations of ironworkers and steelworkers have done the same in the past, and as a result of our socially responsible activities we also have a great deal of interest in preserving the steel technical and cultural heritage. As part of the celebration of the 400th anniversary, we will either as the main sponsor or in cooperation with the Municipality of Ravne, the museum and other partners, support and carry out a number of activities: in addition to the celebration, a professional symposium and the set-up of a technical press-bending device as part of heritage in the urban environment, SIJ, as the sponsor of the Olympic Games Committee of Slovenia, has brought the Slovenian Olympic torch to Ravne. In honor of the high jubilee, the torch made of steel, which will later travel to the Tokyo Olympics, will be born in Ravne, in the company of SIJ Metal Ravne. Our ambassador of Mind of Steel, Olympic champion, Petra Majdič, will carry the torch among the people at a special event, and then across Slovenia all the way from Ravne to Tokyo« said Mag. Sara Wagner, Head of Corporate Communications in SIJ Group.

»The tradition of this important industry in Koroška region goes back millennia. After all, in times of the Roman Empire, the present-day area of ​​the Mežiška Valley was part of the Kingdom of Norway, known for its high-quality 'Norwegian steel'. Even in the Middle Ages, blacksmiths and nail workshops were mentioned near the Guštanj Square. The development of modern steelworks in the Mežica valley is connected to the historical facts dating back to the beginning of the Thirty Years' War in Europe, in 1620, when Melhior Puc, an ironsmith and miner from the Labot Valley, brought a concession for two melting furnaces to Črna na Koroškem and set the foundations of the first ironworks in Mušenik« said dr. Karla Oder, curator and museum councilor at the Koroška Regional Museum, Museum Ravne na Koroškem.

The importance of metalworks in the Republic of Slovenia, of which the metallurgical industry is a part, is today best illustrated by the fact that it contributes 8.2 percent of gross domestic product, and every tenth Slovenian is employed in the metalworking industry.
SIJ Group, the largest vertically integrated metallurgical industry, is a pillar of the steel industry in the Republic of Slovenia, building its stability and importance on the solid foundations of a rich steelworks heritage. As much as 40 percent of all employees in the metallurgical industry in Slovenia are SIJ Group employees, while in Ravne na Koroškem, as many as one third of the working population is employed in the Group companies. The Group contributes just over a quarter of the EUR 3 billion in revenue generated last year by all Slovenian metallurgical companies, which are highly export-oriented companies and generate 80 percent of total sales on foreign markets. Since the entry of the current majority owner in 2007, the Slovenian steel industry has invested over EUR 620 million in modernization, increase of production capacities and development. 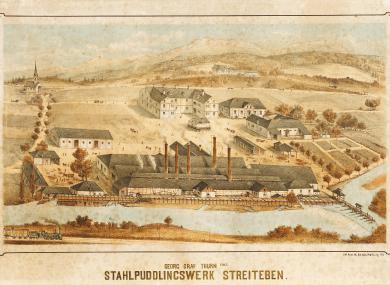 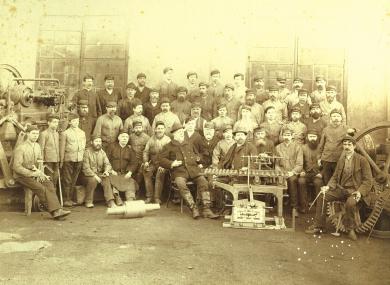 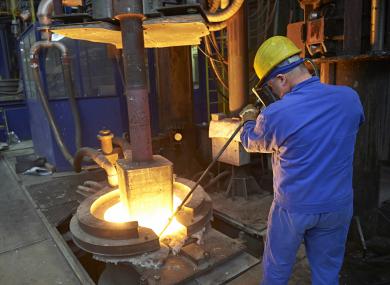 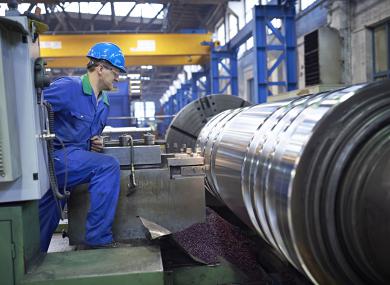